One of the toughest challenges I’ve ever taken up has nothing to do with work, nothing to do with school, and in one sense, nothing to do with my personal life. It has to do with learning to sing, in Chinese. This is the story of how I entered a Mandarin singing contest after learning Chinese for two months, made it to the finals, and won a “Best Stage and Appearance” award while also being voted 2nd best by the audience.

My motivation for studying Chinese

I decided to study Chinese after spending a month backpacking through Japan in the summer of 2017. Yes, Japan. Not China. The people I’d met throughout my adventures were unbelievably friendly, kind, and curious. Most interestingly, I’d built some amazing relationships with Japanese people, despite having zero knowledge of the language. So I began to wonder – if I’d had this much fun without knowing any Japanese, what would it be like if I came back as a fluent Japanese speaker? The possibilities seemed tantalizing.

There was just one problem – I didn’t know any Japanese people in Canada. If I learned the language, how was I going to practice it in the real world? Another thought followed quickly after – What if I learned Mandarin? I knew there were over a billion people that spoke Chinese worldwide, I had plenty of Chinese friends, and China was the next country I wanted to visit anyway! Although I loved Japan, the idea of using language to absorb a culture I was interested in wasn’t limited to Japan.

In retrospect, it seems like there was a curious logic jump deciding that I wanted to study Chinese. If I’d sat down to consider all the logistics and obstacles associated with it, I may have never started. At the time, however, I was filled with enthusiasm and a desire to start practicing as soon as possible.

So, I learned two words – 你好 (Nǐ hǎo) and 谢谢 (Xièxiè) – “hello” and “thank you.” Shortly after returning to Vancouver, I tested out my newly acquired knowledge at a Chinese restaurant. To my surprise, the waitress profusely complimented me on how good my Chinese was. I was baffled – if this is the kind of response you get for learning two words, what’s it like if you really learn to speak the language?

Feeling motivated and a little proud, it didn’t take long for me to register for my first Chinese language class at UBC, for the upcoming fall semester.

Although I’d heard that Chinese was an exceptionally difficult language to master, I didn’t realize the extent of it before I starting my classes.

Unlike English where you have an alphabet, Chinese is a pictographic language. To understand how to even pronounce a word, you need to memorize it – you can’t just sound it out using letters like you would with English. According to LTL school, a leading Mandarin education school, a student needs to memorize around 5,000 characters in order to approach fluency.

Mandarin also has five tones in the language. That means that it’s very easy to say the wrong thing. For example, 请问 (Qǐngwèn) means “excuse me” while 请吻 (Qǐng wěn) means “please kiss.” The little marks on top of the letters indicate the tone.

The first month was particularly difficult. If you’re a native English speaker, memorizing characters and their meanings will feel slow and monotonous, and distinguishing the five tones will feel especially painful.

After just around two months of taking classes, my teacher, 吴老师 (or teacher Wu) came into class and announced that preliminary auditions for the Chinese Bridge singing contest, an event sponsored by the Education Office of the Chinese Consulate General in Vancouver, would be commencing in a few weeks. My interest was piqued.

Learning to sing, in Chinese

At the time, I had zero experience singing, almost zero experience public speaking and around two months worth of Chinese lessons. The idea of participating in a competition that demanded a high degree of skill in each of these areas was daunting, but it also felt like the challenge of a lifetime.

How cool of a story would it be to say that I’d competed in a Mandarin singing contest? The thought of challenging myself also aligned well with a theory I have – I call it the theory of strategic embarrassment.

The theory of strategic embarrassment states the following – every so often, you should do something that is significantly outside of your comfort zone. So much so that you’ll definitely feel embarrassed doing it. This is a little different from, say, feeling embarrassed because someone pulled your pants down in the middle of a crowded street. That would be non-strategic embarrassment.

Another student in my class, Kayla, was also interested in entering the contest, so we decided to enter together and do a duet. The first step was picking a song. After brainstorming with our volunteer helper Kate, we decided on 童話 (Tónghuà, which translates to “Fairy tale” in English) – a classic Mandarin song that just about every Chinese person is familiar with.

To prepare for the auditions, we had just around two weeks to memorize all the lyrics for 童話 (you can listen to the song here). It was a pretty stressful ordeal. In addition to memorizing all of the lyrics, I also had to learn how to sing in the first place! By the end of those two weeks, I was by no means a great singer, but I did feel like I’d improved drastically since starting.

*I never planned to openly share this, but I rediscovered a video I’d taken of myself practicing my singing at home. A few years ago I’d have been embarrassed to share this in public but now, for some reason, I’m not.

When I arrived for the preliminary audition, it was pretty clear that a lot of other participants had also had a hard time preparing for the contest. There were lots of forgotten lyrics, anxious looks and “wow I’m finally done” faces after performances.

When it was our turn, we gave it the best shot we could. Here’s the video.

When I finished, I felt a huge sense of relief well up inside me. My brief foray into the world of Mandarin singing was over, and I’d lived up to my own expectations. I’d challenged myself and seen it through to the end, and that was all that mattered. I’d almost forgotten about the experience until I received this email about a week later.

Whaaaaat? How was this even possible? Although we’d done OK, I never imagined that we’d be advancing to the final round. I was excited, but I also felt anxious. Almost immediately, we began preparing for our final performance – this one would need to be a lot more detailed and put-together. Instead of just singing, we created a story out of the song. We added props like flower bouquets and letters, stage directions, and wore proper suits and dresses.

Day of the competition

When the day of the competition came, I was so nervous that I seriously contemplated if it wasn’t too late to quit. I’d repeatedly had trouble with certain lines and stage directions, and my self-imposed pressure to avoid stumbling in front of everyone was overwhelming.

After an hour or so of stressing it occurred to me that if I quit, I’d be setting a precedent for myself. If I quit this contest that I’d prepared so hard for, what else would I end up quitting later on in life? I decided there was no going back, and that I’d finish this contest one way or another.

So without further ado, here’s a clip of me, singing in Mandarin. Although I lost the full video some time ago (as I write this post, I’m realizing that I seem to lose a lot of things), I managed to discover a clip on my phone while writing this post.

Although most of the performance went smoothly, I did stumble with a few of my stage directions. It didn’t seem like anyone cared though, and to be frank, I didn’t care at that point either!

Ironically, we ended up receiving an award for “Best Stage and Appearance”. Although we didn’t place by the judge’s vote, we were also voted as the second most popular by the audience.

Reflecting on the experience

Despite not winning (or even placing in) the competition, I look back at this little saga as one of my proudest accomplishments. Unlike other accomplishments that I’m proud of – building a profitable startup or finishing my finance degree – this one stands out because I never expected that I’d do something like this. It was a total detour from everything I’d done in the past, and it took a lot of effort to learn multiple new skills (singing, Chinese, performing) in such a short period of time.

Since then, I’ve tried to make flexibility an important part of the way I live my life. Goals are great, but it’s also important to leave a margin for the unknown and unexpected. What arises from it may give you some of the best memories of your life. 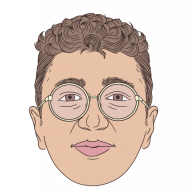